2019 137 min 275 views
The timeless story of an ill-fated romance between a young Greek village girl and a conflicted Turkish officer during the dawn of the Greek War ...
DramaHistory

All the Money in the World

All the Money in the World

The Man Who Invented Christmas

The Man Who Invented Christmas

2017 105 min 280 views
In 1843, despite the fact that Dickens is a successful writer, the failure of his latest book puts his career at a crossroads, until the moment ...
ComedyDramaHistory

2017 107 min 173 views
A German soldier tries to determine if the Dutch resistance has planted a spy to infiltrate the home of Kaiser Wilhelm in Holland during the ...
Drama

2015 94 min 601 views
With the aid of a fellow Auschwitz survivor and a hand-written letter, an elderly man with dementia goes in search of the person responsible for ...
DramaThriller

2015 107 min 566 views
An ageing rock star decides to change his life when he discovers a 40-year-old letter written to him by John Lennon.
ComedyDramaMusic

2014 95 min 590 views
A former child art prodigy and second generation petty thief arranges to buy his way out of prison to spend time with his ailing son, only to be ...
CrimeDramaThriller

Hector and the Search for Happiness

Hector and the Search for Happiness

2014 114 min 595 views
Hector is a quirky psychiatrist who has become increasingly tired of his humdrum life. As he tells his girlfriend, Clara, he feels like a fraud: ...
AdventureComedyDrama

The Girl with the Dragon Tattoo

The Girl with the Dragon Tattoo

2011 158 min 927 views
This English-language adaptation of the Swedish novel by Stieg Larsson follows a disgraced journalist, Mikael Blomkvist, as he investigates the ...
CrimeDramaMysteryThriller

2011 105 min 596 views
Oliver meets the irreverent and unpredictable Anna only months after his father Hal Fields has passed away. This new love floods Oliver with ...
ComedyDramaRomance

2011 87 min 892 views
In an alternate world, humanity and vampires have warred for centuries. After the last Vampire War, the veteran Warrior Priest lives in obscurity ...
ActionHorrorThriller

2000 99 min 351 views
In the millenium version of this classic Gothic horror we find Abraham Van Helsing, who has tangled with Count Dracula in the past, working as an ...
HorrorThriller 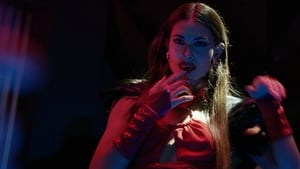 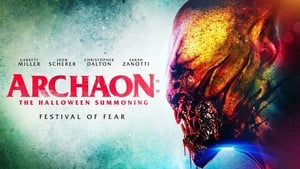