2019 108 min 833 views
Bombshell is a revealing look inside the most powerful and controversial media empire of all time; and the explosive story of the women who ...
Drama

2019 87 min 306 views
Discover the origin stories of megastars like Garth Brooks and Taylor Swift while following emerging singer-songwriters as they chase their ...
Documentary 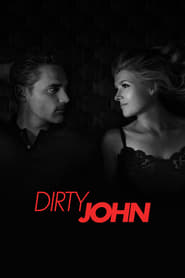 IMDb: 8 2018 6809 views
This true crime anthology, based on the podcast of the same name, follows the terrifyingly true story of Orange County interior designer Debra ...
Drama

2018 98 min 277 views
After leaving his wife and his job to find happiness, Anders begins a clumsy, heartbreaking quest to reassemble the pieces of his fractured life.
ComedyDrama

2017 83 min 263 views
Beatriz, an immigrant from a poor town in Mexico, has drawn on her innate kindness to build a career as a health practitioner. Doug Strutt is a ...
ComedyDrama

2015 96 min 1101 views
American Ultra is a fast-paced action comedy about Mike, a seemingly hapless and unmotivated stoner whose small-town life with his live-in ...
ActionComedy

2015 105 min 715 views
Greg is coasting through senior year of high school as anonymously as possible, avoiding social interactions like the plague while secretly ...
ComedyDrama

2014 103 min 773 views
When their father passes away, four grown, world-weary siblings return to their childhood home and are requested — with an admonition ...
ComedyDrama

2012 101 min 630 views
As an asteroid nears Earth, a man finds himself alone after his wife leaves in a panic. He decides to take a road trip to reunite with his high ...
ComedyDramaRomanceScience Fiction

2010 95 min 1097 views
The film that brings back horror icon Freddy Krueger as a darker and more sinister character than ever before. While Freddy is on the prowl a ...
HorrorMysteryThriller