2019 116 min 161 views
Millennial entrepreneurs, Drew and Max, run a webcast that streams live exorcisms that are, in fact, elaborately staged hoaxes. But they get ...
Horror

2018 81 min 163 views
The story of a heartbroken man who attends a spiritual retreat, only to discover that the course releases more than everyday toxins and traumatic ...
ComedyDramaFantasy

2016 114 min 834 views
The Coast Guard makes a daring rescue attempt off the coast of Cape Cod after a pair of oil tankers are destroyed during a blizzard in 1952.
ActionDramaHistoryThriller

2014 133 min 1408 views
U.S. Navy SEAL Chris Kyle takes his sole mission—protect his comrades—to heart and becomes one of the most lethal snipers in American history. ...
ActionWar

2012 85 min 444 views
Kate and Charlie like to have a good time. Their marriage thrives on a shared fondness for music, laughter… and getting smashed. When Kate’s ...
ComedyDrama

2011 88 min 537 views
Set in Middle America, a group of teens receive an online invitation for sex, though they soon encounter Christian fundamentalists with a much ...
ActionHorrorThriller

2010 95 min 739 views
The film that brings back horror icon Freddy Krueger as a darker and more sinister character than ever before. While Freddy is on the prowl a ...
HorrorMysteryThriller 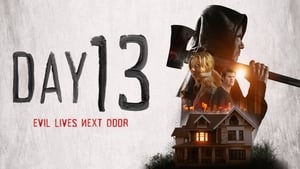