Iris: A Space Opera by Justice

This is a 60-minute film of Justice’s 2017-2018 live show, recorded in an empty and invisible space without an audience, focusing exclusively on the impressive production and music. The show has been seen by millions of people around the world. It revolves around a floating structure comprised of 13 independent moving frames, each one featuring 4 rotating panels of LEDs, mirrors and traditional warm lights which offer infinite combinations. The structure is in constant evolution over the duration of the show and proposes several new visual landscapes on every track performed. The footage is captured with the precision and patience of a rigorous documentary about the cosmos. 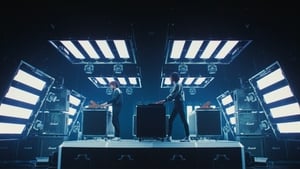